Streamer presented its products at the international exhibition in Indonesia

25.09.2017
In early September Jakarta hosted the 18th EPRE Indonesia (Electric, Power & Renewable Energy Indonesia) International Exhibition where Streamer International AG presented its products to the local energy companies. Streamer team at the booth was presented by Jutharat Wichakul, Tanavut Sudhivoraseth and Matthieu Zinck from the company office in Bangkok and Mikhail Zhitenev from the office in St. …

At the booth Streamer focused on the products meeting the needs of the Indonesian market, in particular, Line Lightning Protection Devices (LLPDs) for protecting 20 kV-voltage overhead power lines, short-circuit indicators (produced by A-TREE R&D Co) and TRANSEC – the system to dry Power Transformers of all sizes.

- Our booth dragged attention of the local power engineers and several companies involved in the substations and the power lines engineering. The engineering companies found it possible to integrate our products into their standard solutions, which they offer to the customers, - Mikhail Zhitenev said.

The importance of this exhibition for Streamer was not only in familiarizing with the potential customers and creating new business contacts; the possibility of purchasing various components was considered: such events usually concentrate different offers from all over the world.

Streamer has already been working in the Indonesian market for a long time. In 2016 about 5 thousand LLPDs SAi20z were sold in Indonesia; the first installation of the Transec system in the region was made in the same year.

Streamer participates in the research project of the Institute Technology Bandung, ITB. The real lightning strikes are known to be multicomponent, complicated, and always differ from each other. It is almost impossible to simulate them in the realistic way in the laboratory environment. That is why ITB scholars study lightning "in the natural habitat" - in the field laboratory. To attract strikes to the area with the metering devices installed, the grounded lightning rockets are launched to thunder clouds. Thus, the lightning is lured to where it can be video-recorded and assessed in terms of impact on nearby sensors.

- The overhead power line equipped with our LLPDs is somewhat fifty meters away from the grounding point. You can hardly find the overhead power line exposed to lightning strikes several times a day within all period of launching the rockets, in the presence of meters and high-speed video cameras. It's a great opportunity to study not just lightning but the operation of our devices in a "live" line as well, - Mikhail said.

The next launching period has been scheduled for October. Streamer LLPDs are installed on the overhead power line, and that was agreed during the exhibition.

EPRE Indonesia takes place every two years since 1981. It provides the participants with an opportunity to discuss the terms of investment projects in Indonesia and to find business partners for their implementation. 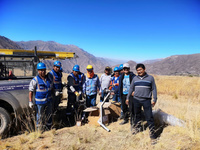 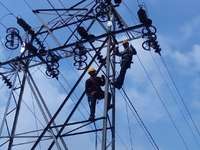 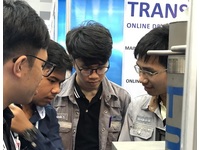